It is Alan Whitt’s passion for travel - and his vision - that drove him to create Allure Quest Travel Experience in 2008.

His parents stoked his travel curiosity as a youth .. with cross country treks for he and his three brothers from one end country to the other - including road trips to California and to Maine.

Alan loves to share his travel knowledge with others … which is why he created Allure Quest Travel Experience. He believes all travelers need a resource where they can learn the intricacies of traveling ... and book their trips as well.

Alan has had two career passions in his life - sports and travel. He often says he’s been blessed to have worked in both of those fields, while most people rarely get a chance to experience one.

His career as a sports journalist took him to the top, where he earned two Emmys while working with ESPN’s signature show - SportsCenter, as news editor. He’s worked as a sports editor at some of America’s top newspapers, and is well known throughout the industry. He ended his sports career as a freelance NFL editor for CBSSports.com.

Although his career as a travel writer / travel specialist is relatively new, he’s no rookie when it comes to travel. He’s a globetrotter, having visited the likes of England, Italy, the Netherlands, Canada, Mexico, the Caribbean in his quest to find the perfect vacation experience for anyone with a dream to hit the road.

As a travel specialist, Alan understands that customer service is a top priority. That was proven when he was named the Nashville Convention and Tourism Bureau’s 2014-15 Music City Hitmaker of the Year - given annually to honor individuals who go above and beyond in providing extraordinary service to visitors.

Gloria Whitt, a Nashville native, is relatively new to the travel industry … but it’s her business I.Q. that has spurred Allure Quest Travel Experience’s tremendous growth over 10 years.

Gloria attended historic Fisk University before earning a Bachelor of Science degree and an MBA with emphasis on Global Business Management - both from the University of Phoenix in Nashville.

Her international expertise serves Gloria well when sending clients to destinations around the world. Whether it’s China or Japan, the Netherlands, Africa or Italy … her clients are assured that every detail is researched, double-checked and analyzed before clients see an itinerary.

Gloria has been an successful entrepreneur during her career and is active with non-profit and charitable groups.

Alan & Gloria were married in August 2013 in Juneau, Alaska, onboard Celebrity Solstice. 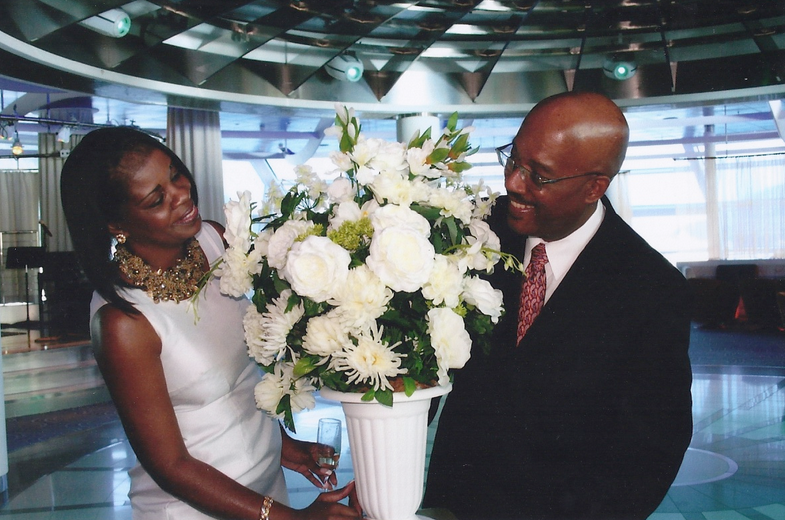